HomeUncategorizedAdaptation is the new Design 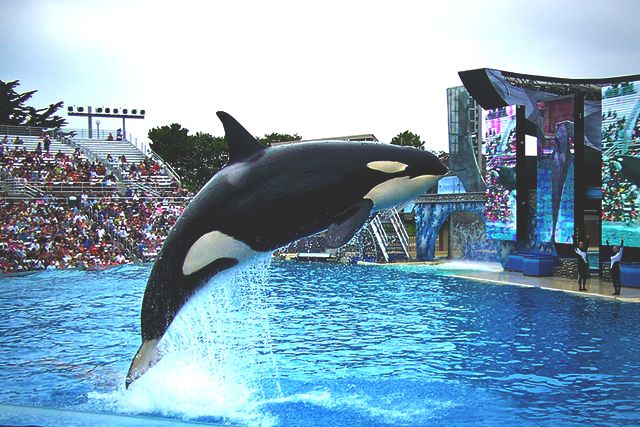 For millennia, people of all cultures have acknowledged and described the features of living organisms as having a “design”.  Because it is obvious.

But design implies a “Designer”.

Having an intelligence behind the design of life is an abhorrent heresy to the modern mind and education system.  Thus, the very word “design” must be purged from the language of our culture.  This is no surprise in textbooks and universities – where curriculums are strongly controlled by those afraid of being sued.  But those trained to think only in terms of an evolutionary worldview eventually become the people who write movie scripts and run theme parks.

I recently went to Sea World in Orlando and was astonished by the design and abilities of animals throughout the park.  Yet the abilities, features, and even individual parts of every animal was attributed to “adaptation”.  The idea that these animals displayed incredible design was purged from the park signs and show scripts throughout the park.  For instance, the speed of dolphins was due to “adaptation” of their muscles (from some animal not having such muscles).  The intelligence of sea mammals was due to their “adaptation” (from some animal which was less intelligent).  Sharks have “adapted” various abilities to become successful predators (from some animal without such teeth and keen senses).

Is there any definitive evidence for this “adaptation”?  It’s all speculation with the enormous problems ignored.

There is enormous variety within the dolphin, seal, or shark family (both living and in the fossil record), but not a shred of evidence showing slow adaptation from a non-dolphin into a dolphin, a non-seal into a seal, or a non-shark into a shark.  This is because mutations overwhelmingly destroy, rather than create DNA information needed for new features to “adapt”.  These creatures were clearly designed with astonishingly features and abilities, not slowly adapted to develop these features and abilities.

As you take your children and grandchildren zoos and theme parks such as Sea World, take time to explain how they are not just being entertained, but being trained to think in an illogical and non-Biblical way.