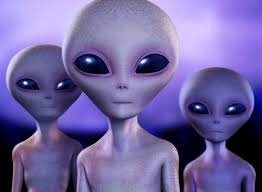 In the 1700’s, many scientists believed that life spontaneously generated from non-living matter (such as raw meat or sewage).  In 1859, using careful experimentation, Louis Pasteur proved this concept wrong and verified that life only comes from previously existing life.  Since that time, in hundreds of thousands of experiments, by tens of thousands of scientists, spending billions of dollars, every experiment attempting to produce life from non-life has yielded the same result.  Chemicals could never come together to form a living organism.  If highly intelligent scientists cannot make this happen, why would people believe it happened all by itself?

The reason for the return to an unsupported belief (that life made itself) is that science has been defined to eliminate the consideration of the only other alternative—the creation of life by an intelligent designer.  Furthermore, movie after movie is driven by plots centered on evolutionary superpowers or alien life.   Let’s think about this Biblically.

Even the simplest form of life is FAR too complex to have made itself.  We have never observed chemicals coming alive.  The Earth is statistically in such a perfect spot and designed in such as specific way that there is unlikely to be any other planet in the entire universe suitable for life.  Therefore, only God could have created the Earth (and life).  Yet the entire creation is under the curse of sin because of our actions here on Earth  (For the creation was subjected to futility, not willingly, but because of Him who subjected it in hope…  For we know that the whole creation groans and labors with birth pangs together until now. – Romans 8:20-22).  Thus, if there is intelligent life elsewhere in the universe, God made it, and cursed that life because of our actions here on Earth.  This makes God an unjust God.  Since by definition God has to be just, this contradicts his very character, and he cannot exist as the God described in the Bible.  Yet there is no other logical explanation for life.

I am driven to the conclusion supported by experimentation, observation, and the Bible.  In spite of imaginative movies and popular opinion…alien life simply does not exist.  As you search for the truth, perhaps you should consider the logical possibility that the source of all life is not evolution or aliens…but God.