Not Some Little Boat 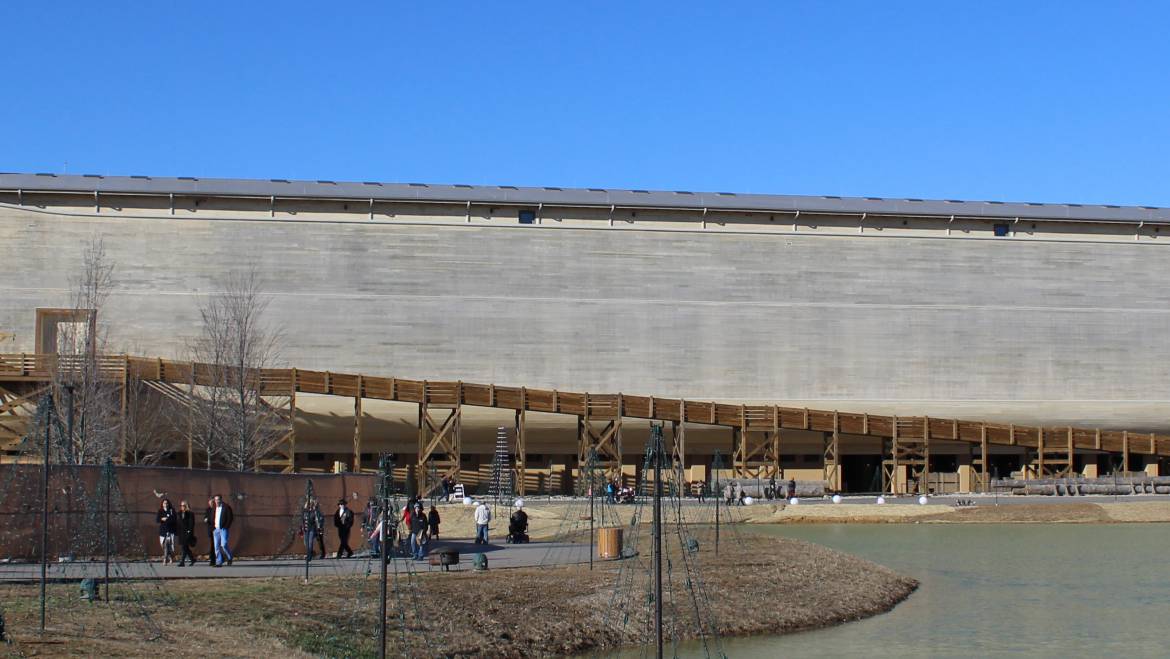 The Best Natural History Museum in the World

I was recently able to tour Answer in Genesis’ Ark Encounter.  Our country is filled with natural history museums which attempt to present an accurate portrayal of Earth’s history while completely removing God from history.  Thus they systematically lead students to the conclusion that God has never been involved, or is simply non-existent.   Far more than a memorial to a “big boat”, the Ark Encounter provides a true perspective of science and history.  Everything about this museum is world class in its presentation.  In order to read and interact with the numerous displays, plan on a minimum of 4 hours.  Spending the entire day is preferable.

For centuries academia has ridiculed how all the animals could have fit on the ark, how they could be fed, how their waste could be disposed of, how all of the needed water and supplies could fit on the ark, how the ark could have survived the flood waters, etc…   These and dozens of other nit-picky objections to the biblical account are convincingly answered in turnout rooms lining each side of the ark.  Displays explain how every detail of the Biblical account is not only feasible, but quite reasonable.  Meanwhile, painstakingly realistic displays of the animal kinds (a much broader category than species) line the ark in hundreds of enclosures.  The reconstructions are so skillfully crafted that you could be easily convinced that these represent taxidermy samples of long extinct animals, including dinosaurs, have been discovered.

For me, the most significant displays were those that brought history alive.  There are turnout rooms explaining the damage done by representing Noah’s Ark as a small boat in a child’s story and others depicting the destruction of the Bible’s credibility by distorting the Bible’s flood account as a “local event.”   Dramatic displays show what the crew quarters might have looked like (where our eight ancestors spent a year of their life), while other multimedia displays correct misconceptions and distortions of the Bible’s account of the flood and the Ark.  This museum transforms the Bible into a mammoth diorama showcase of real history – as the Bible should be understood!

Although expensive ($40/adult plus $10/car for parking) it is well worth the price of exposing your friends, neighbors, children, and grandchildren to biblical reality in an awe-inspiring way.  Make this museum a vacation destination sometime in the near future!